Home › Meet & Greet › Nothing to Lose by Jim Sanderson

Nothing to Lose by Jim Sanderson

Author Jim Sanderson joins us on Saturday with his novel Nothing to Lose set in Beaumont, Texas. 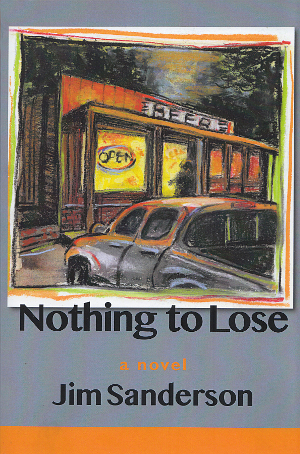 Nothing To Lose is set in Beaumont and other more remote backwaters of East Texas, an area that the main character, a private eye named Roger Jackson, calls the three Ps: pines, petroleum, and Pentecostals.

Jackson is retained to collect surveillance photos of a local social worker suspected of consummating someone else’s marriage. The husband turns out to be right, but the social worker winds up shot dead and the damning photos are discovered at the crime scene. Jackson is reluctantly pulled into an investigation of the murder by several interested parties, some of whom are not coming clean about their real motivations.

Nothing to Lose flavors the familiar gumshoe detective yarn with a potent East Texas seasoning that area readers will recognize unmistakably as their own.

Jim Sanderson is an award winning author with a Ph.D. in fiction writing from Oklahoma State University. He was born in San Antonio and is currently Professor of English at Lamar University in Beaumont. Much of his work is set in Texas, particularly West Texas and the border.