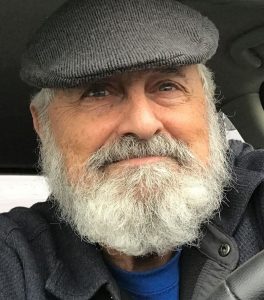 Richard Cunningham is author of the new novel, Three Good Leads, a sequel to Maude Brown’s Baby, his debut novel. Three Good Leads is set in Houston and Galveston during the 1918 Influenza pandemic.

This interview was conducted via email around April 15th, 2020. He was interviewed by Houston Public Media on April 14th, audio available here (last segment). 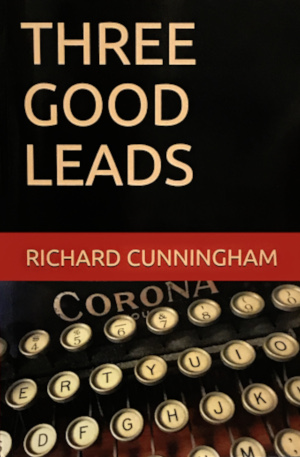 Your new book is set in Galveston during the 1918 Spanish Flu outbreak. You wrote this prior to the COVID-19 pandemic? When did you start it?

I began writing Three Good Leads soon after self-publishing my first novel, Maude Brown’s Baby, in September, 2012. From the beginning, I wanted a series of novels that could be read either individually, or together as one seamless story. Even before finishing the first one, I was making notes about the second and third.

So, the book is a sequel. What inspired the first book?

That’s an interesting story. Sometime in the late 1980s I saw a shoe-box full of old photographs in an antique store. One really caught my eye. It was of a toddler about nine months old. He was sitting in a chair and smiling at the camera in such a way that I couldn’t resist buying it. I have no idea who the child was, but someone had written at the bottom of the photo, “Maude Brown’s baby.” 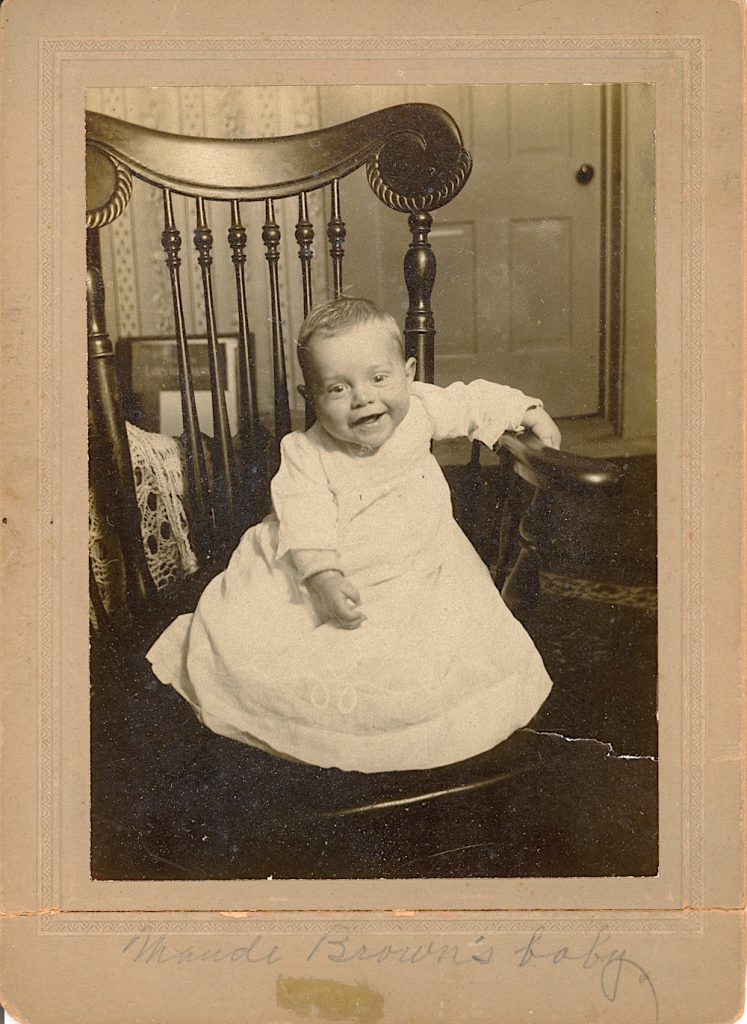 I kept that picture, which I think must have been made around 1900, on the desk next to my computer. It always made me smile. In 2010, during the tragic oil spill in the Gulf of Mexico, many of my industrial clients put writing projects on hold. I was bored, and decided to try writing a short story about the child in the photograph. Within a week, I could see that it wanted to be a novel. Three months later, when the phone started ringing again with paying jobs, I was sorry to put it aside.

Can you tell us a little about that book and how the sequel picks up the thread?

Maude Brown’s Baby tells the story of a child who was left at John Sealy Hospital by a frantic mother during the 1900 Galveston storm. The mother never returned and was presumed to be one of the thousands of unidentified victims. The story of the orphan that nurses named Donald Brown begins September, 8th, 1918, on the anniversary of what Galveston old timers called “The Great Storm.”

The book covers a period of just two weeks, from September 8th through September 24th, 1918. In that time, Donald Brown, an aspiring photojournalist living in Houston’s Fourth Ward, meets Clara Barnes, a brilliant student nurse in training at John Sealy Hospital. Clara and Donald discover clues that solve the mystery of his birth.

Three Good Leads picks up the story of Donald and Clara one week later, on September 30, 2018. World War I is in its fourth year of devastation. Donald is growing fond of Clara and wants to see her again, but faces conscription into the army and the near-certain future of being sent to fight overseas. In his remaining time, Donald works with a fellow journalist to warn the public against gathering in crowds because of the growing threat of Spanish Influenza. He, in turn, is confronted by criminals who don’t want to see their various businesses shut down.

Meanwhile, in Galveston, Clara’s nursing studies are suspended due to the sudden rise in Spanish Influenza cases. Everyone with any medical training is needed. Despite the risk to her own health, Clara volunteers to run a makeshift ward to handle the overflow of patients from Galveston’s only Negro hospital. Donald, after narrowly escaping an attempt on his life in Houston, vows to help Clara at the ward until it is time for him to be inducted.

What is your connection with Galveston?

I remember coming to Galveston as a child, and have always enjoyed being near the water. I like taking my kayak out in the bay or one of the bayous. My wife and I were married in Galveston, and she was born at John Sealy Hospital.

Tell us a little about your upbringing and your background as a writer.

I was born at a U.S. Army base in Italy, but my parents brought me to Texas when I was still learning to walk. As a child, I loved drawing and building mechanical things. I also liked reading, although it was mostly comic books at the time.

By the age of 13, I’d saved up fifty dollars from mowing neighborhood lawns. My first big purchase was a typewriter, which surprised me as much as it did my parents. From then on, I enjoyed seeing words I’d written in print.

Except for metal shop and wood shop, my high school academic career was unremarkable. It wasn’t until college that my interest in writing took off. I earned a bachelor’s degree in Journalism from Oklahoma State University in 1969, and in 2002, a master’s degree in Science and Technology Journalism from Texas A&M. I’ve been writing books and magazine articles for industrial clients since the 1980s.

Do you view writing novels as a pleasant break from technical writing?

First off, I enjoy technical writing very much. I love listening to smart people talk, so being a science writer is the perfect job for me. Companies send me to visit their top scientists and engineers, then pay me to tell other people what I learned. It doesn’t get any better than that!

The novels, though, are special. Writing historical fiction allows me to create a set of characters who feel like close friends. I see these people in my mind. When I turn them loose in a specific time period, I imagine how they might respond to real events of the day. Sometimes they surprise me, but it’s always fun to be with them.

What’s the most challenging aspect of writing fiction?

Before starting Maude Brown’s Baby, I never considered myself a fiction writer. In science journalism, I interview technologists, then write about their work in a form that non-scientists can understand. In that role, I’m called a wordsmith, which I consider a compliment.

Writing fiction is more like painting or sculpture. You start with nothing and create something whole. It is extremely satisfying, but also frustrating. Sometimes the words don’t come. Other times, you wake up in the middle of the night and know exactly where the story needs to go.

There are many challenges to writing fiction, but that’s part of the fun. Plotting and character development are important. You want people to care about your protagonists, and you want the story around them to sound real. I work very hard to get the facts straight. Little things matter.

Tell us something about your work as a sculptor.

Growing up, I always liked building things, but never questioned why. It turns out that my grandfather on my mom’s side was a sculptor. Some of his work can still be seen on the façade of the Tiradentes Palace in Rio de Janeiro. I never knew him, but we look alike. It was shocking the first time I saw his portrait.

After college, I took a number of courses at the Glassell School of Art. For several years in the late 1980s, I kept a studio near the Heights where I made metal sculpture. For me, there are many similarities between making sculpture and writing fiction. I don’t weld steel any more, but drawings of ideas for sculpture still show up in my journal.

How are you holding up during the current situation?

We are both well, thanks. My wife and I office at home, so that part hasn’t changed. I continue to receive technical writing assignments, and I’m working on the next novel. Lily Ann teaches Art History at the University of Houston, Downtown. Very soon after the shutdown, she came up with a clever way to continue meeting with her students through a hybrid mix of conference calls, e-mails and the university’s file sharing system.

We’re indoors more than normal during the shutdown, but we do manage to spend time most evenings greeting neighbors from the safety of our front porch. The weather has been great for that.