Home › Announcments › Murder at the Driskill

Murder at the Driskill

Author Kathleen Kaska joins us with her mystery novel “Murder at the Driskill”, the fourth and newest addition to her Syndey Lockhart series featuring famous Texas hotels (including the locally popular “Murder at the Galvez”, set in Galveston.) 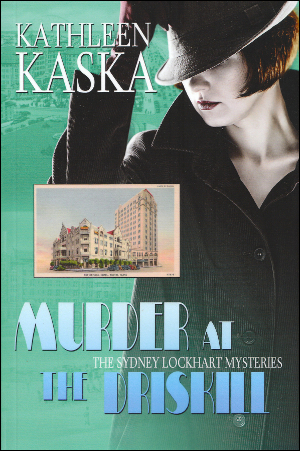 Murder at the Driskill
by Kathleen Kaska

It is 1953 in Austin where Sydney and her detective boyfriend Ralph Dixon have just opened their own private investigation agency. They quickly land a high profile case to investigate one Leland Tatum, a businessman about to launch a campaign for Texas governor.

The focus of the case changes drastically when Tatum is shot to death in his room at the Driskill Hotel where he was about to announce his campaign. The Texas gumshoes suddenly find themselves in the middle of the murder investigation along with an unwanted amateur sleuth, the daughter of one of the suspects who is out to clear her father’s name.

The book signing will be held at the store, 317 23rd street in Downtown Galveston.