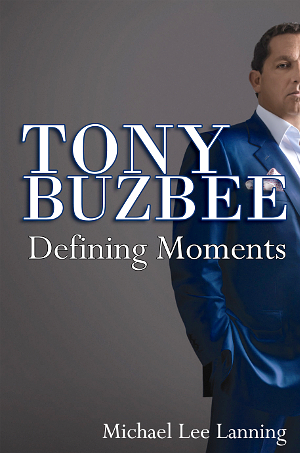 Tony Buzbee is perhaps best known in Galveston for bringing a successful class action suit against the Texas Windstorm Association after Hurricane Ike in 2008. He is known and respected in his profession as an aggressive and extremely well prepared litigator, winning judgments against large corporations and government entities alike, and often to the benefit of working class people.

According to the New York Times, Mr. Buzbee is, “one of the most successful trial lawyers in the country. Profane, flamboyant, and fragrantly aggressive, he’s something of a throwback to an earlier generation of trial lawyers whose favorite place in the world was on their feet in court wearing out some corporate malefactor.”

Mr. Lanning is the author of 21 non-fiction books on military history, sports, and health, and has appeared on the History Channel as an expert on the soldier’s experience in Vietnam. He was born in Sweetwater, Texas, is a decorated veteran of the U.S. Army and a retired lieutenant colonel. He currently resides on the Bolivar Peninsula.