Frontier Forts of Texas (Images of America)
by Bill O’Neal

Galveston Bookshop will host a book signing on Saturday, August 11th, 2:00-4:00 p.m. with Bill O’Neal and his newest work of Texas history, Frontier Forts of Texas. 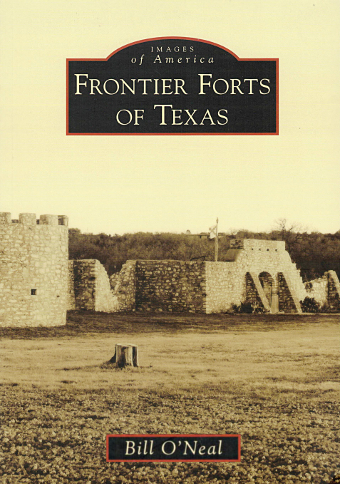 With its vast size and long frontier period, Texas was the scene of more combat events between Native American warriors and Anglo soldiers and settlers than any other state or territory. The US Army, therefore, erected many military outposts in Texas, a tradition begun by the Spanish soldados with their presidios.

Successive north-to-south lines of Army forts attempted to screen westward-moving settlers from war parties, while border posts were scattered along the Rio Grande from Fort Brown at the Gulf of Mexico to Fort Bliss in El Paso del Norte. Texas was the site of the first US Cavalry regiment deployed against horseback warriors, as well as the experimental US Camel Corps.

From Robert E. Lee to Albert Sidney Johnston to Ranald Mackenzie, the Army’s finest officers served out of Texas forts, and 61 Medals of Honor were earned by soldiers campaigning in the Lone Star State.

Bill O’Neal has served the past five years as the state historian of Texas. He taught history for four decades at Panola College in Carthage, Texas, and is the author of more than 40 books.