Home › Announcments › Down for the Count

Down for the Count

Local author Lynn Long joins us with his mystery novel set in the 1940s in a fictional gulf coast town called Gulf City. 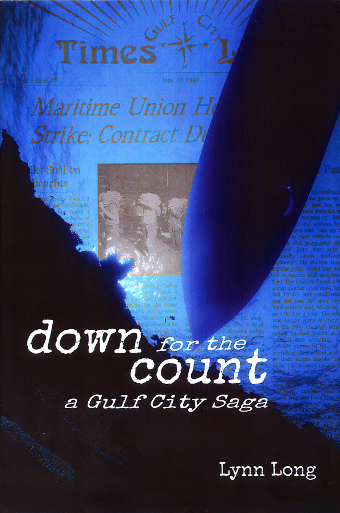 A gritty period piece set in a fictional Gulf Coast city in the 1940s, Down for the Count follows one-time prize fighter, now sports writer, Wilson Woods as he wanders into the local underworld in covering the story of a murdered boxer, Rocket Richards. Daily News book reviewer Mark Lardas gives high marks to this debut novel saying, “The novel is an homage to the noir mysteries of the 1940s and Long captures the time and characters of that era perfectly.”

Lynn Long is a native of Mississippi who moved to Texas thirty years ago and now lives in Galveston. Happily married for over twenty-five years, his two dogs filled the gap when his two sons left for college. After a long career as an engineer, he now devotes his time to writing.