Home › Announcments › A Dickens of a Miracle

A Dickens of a Miracle

Diane L. Twilley joins us again with her 5th novel in a series set mainly in and around the Galveston/Houston area. 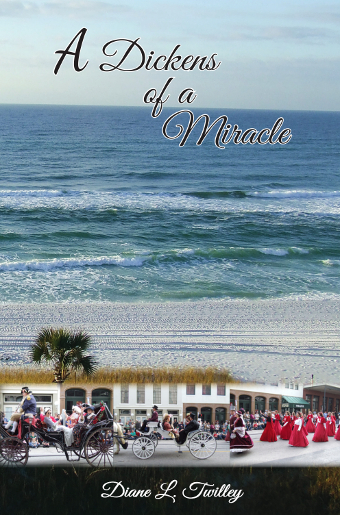 Charismatic attorney and native Galvestonian, Jack Tierney, has mysteriously disappeared, leaving his pregnant wife, Gina, distraught. Did Jack leave on his own, or has he been in an accident, or worse, kidnapped? In a panic, Gina enlists the help of police detective Stephanie Smith, a family friend and the fiancée of the popular Houston Texans football player, Shawn McCormick. Questions torment the family: Who would kidnap Jack, and why? Jack’s older brother, Galveston police captain Richard Tierney, goes into overdrive to find him, but will it be in time? At one point in the investigation, suspicion falls on Shawn McCormick and his mother Janet, who at one time was mentally unstable. This leaves Lieutenant Smith in a quandary… how well does she really know her fiancé and his family? Gina’s aunt, Sister Catherine Malloy, herself a highly praised amateur sleuth, eventually admits that finding Jack will be nothing short of a miracle, but as it turns out, the miracle is not exactly what they expect it to be. Nevertheless, in the end there really is one Dickens of a miracle.