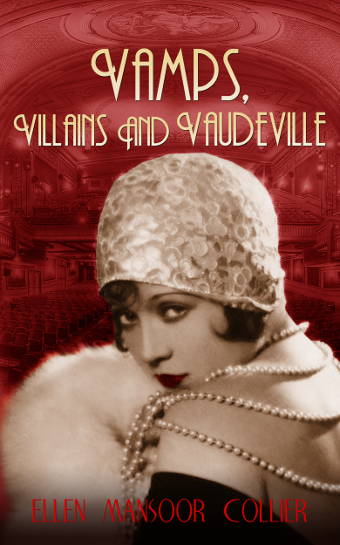 In 1920s Galveston, society reporter Jazz Cross is in for a surprise when she attends a traveling vaudeville show with her beau, Prohibition Agent James Burton, and sees an old flame in the production. That night, they find a stabbing victim behind the Oasis — her half-brother Sammy’s speakeasy — who’s identified as an actor in the troupe. When the victim disappears and later turns up dead, Jazz must help prove that Sammy wasn’t the killer. After a second vaudeville actor is found dead, Jazz discovers that the events behind the scenes are much more interesting than the outdated acts onstage.

To make matters worse, Sammy’s old nemesis demands that he settle a score and forces him into yet another illegal scheme involving the troupe’s money-making ventures. Can Jazz help solve the murders and prove her brother’s innocence—so he can get away from the Downtown Gang for good?
Ellen Mansoor Collier is a Houston-based freelance magazine writer whose articles and essays have been published in several national magazines including: FAMILY CIRCLE, MODERN BRIDE, GLAMOUR, BIOGRAPHY, COSMOPOLITAN, COUNTRY ACCENTS, PLAYGIRL, etc. Several of her short stories have appeared in WOMAN’S WORLD. A flapper at heart, she’s the owner of DECODAME, specializing in Deco to retro vintage items. 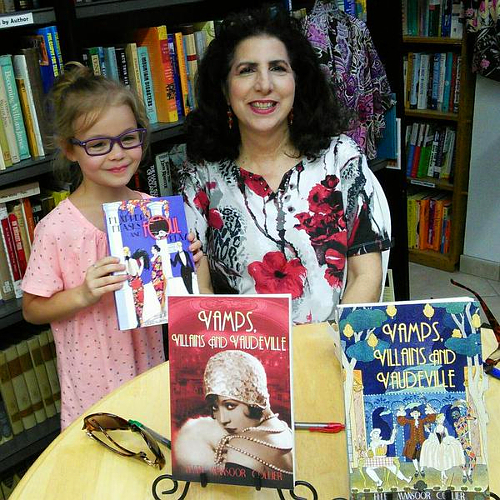