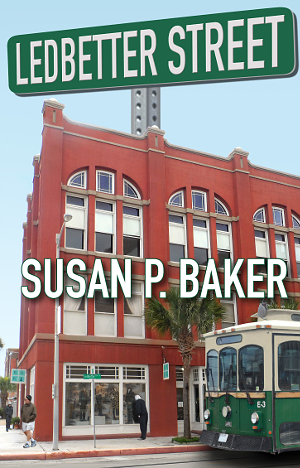 Author and former Galveston judge Susan P. Baker joins us with her new novel set in Galveston on an imagined street something like Post Office.

The novel takes place in Galveston in and around a fictional downtown street, based loosely on the Post Office St. area of the Historic Strand district. Marion Reid, who runs a pre-owned clothing boutique on Ledbetter, is in a struggle to regain custody of the autistic child she gave up for adoption many years before. As her son turns 40, his guardian can no longer serve and Marion has the rare chance to have him placed with her where he belongs. The story follows Marion and her close circle of friends, the residents and quirky characters of Ledbetter Street.

Susan P. Baker is the author of five novels, including Death of a Prince, and two nonfiction books, including Murdered Judges. She served as a district court judge in Galveston, Texas, from 1991 to the end of 2002.