Galveston Bookshop will host a book signing on Saturday, March 23rd, 2:00-4:00 p.m. for author Ruth Davis with her book, “Thirteen Rivers: The Last Voyage of La Belle,” a historical novel based on the true saga of French explorer Robert Cavelier, Sieur de La Salle and his colony. 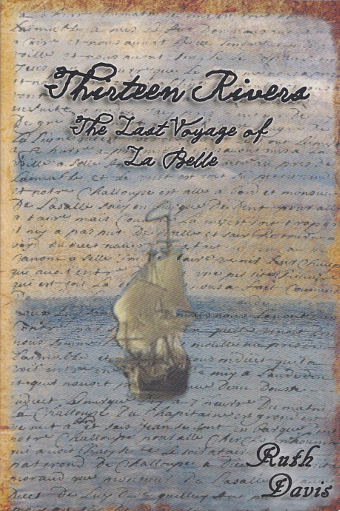 Upon discovering in 1682 that the Mississippi River emptied into the Gulf of Mexico, La Salle claimed for France the entire river valley and all of its tributaries, including a large portion of present-day Texas. He called his empire La Louisiane to honor reigning French monarch, King Louis XIV. This is the story of what became of the four ships, La Belle, Le Joly, l’Aimable and Le Saint-Francois which had left France in 1684 bound for La Louisiane with 280 people aboard.

The novel chronicles the hurricanes, pirates in the Caribbean, ship-wrecks, betrayals, revenge, Indian war parties, kidnapping and murder, all playing out on what is now the Texas Gulf coast. The cast of characters includes priests, soldiers, sailors, deserters, murderers and families including women and children, as well as Indian warriors and chiefs.