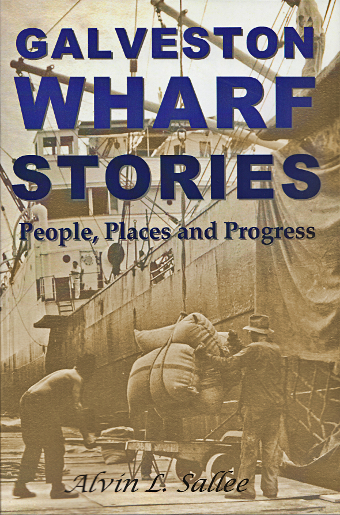 The Port and Its People

It’s impossible to know Galveston without knowing something about the port. Local people know this, but the wharves remain largely mysterious. In the series of columns written for The Daily News, which are collected here, Mr. Sallee has covered the port’s long storied history, day-to-day operations in modern times, the cruise industry, and the people who make their livelihoods in and around the wharves. Other areas covered include pleasure sailing, Seawolf Park, the Seaport Museum, and further from home port, the Caribbean and the Panama Canal. The interactions with the various personalities that Salle encounters in his research serve to round out the subject with a very human touch. He tends to put the people interviewed at the center of his essays, making this an engaging and informative read.

Alvin L. Sallee is Professor Emeritus, New Mexico State University, and resides in Galveston, where he continues to contribute occasional columns to the paper.