Home › Announcments › Growing Up in Galveston

Growing Up in Galveston

Mr. Kelton D. Sams, Jr., will join us on Saturday, March 26th, to sign copies of his new memoir covering his youth as a civil rights activist. 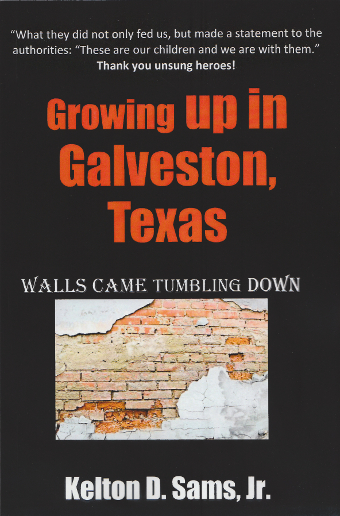 In 1960, students staged protests to integrate lunch counters in many cities around the South. In Galveston the effort was led by Mr. Kelton D. Sams, Jr., at the time a junior at Central High School. He organized sit-ins with his fellow students at local restaurants beginning with the Woolworth on Market Street, Friday March 11, 1960. After the management there refused to serve them and instead shut off their lights, word quickly spread and a successful weeks long campaign of peaceful protests was begun. They were finally served some lunch, without question or hesitation, on the third day at the University Drug Store near UTMB.

The inspirational story of this outstanding Galvestonian covers his formative years and focuses on his activism in high school during this key time of social change in U.S. history. Mr. Sams graduated Texas Southern University in 1966 with a BA in economics, served as a construction project manager for the City of Houston, and is an ordained minister of the United Church of Christ.